CEO Andy Gooden on staying people-focused during a pandemic

It’s clear that there have been some devastating economic impacts associated with the global pandemic. While businesses have been forced to adapt to new conditions and changing consumer behaviour, many have faced difficult choices relating to their people.

Despite the pressures of adapting to a new operating environment with restrictions, particularly in Victoria, Little Real Estate has retained 100% of its team at full salaries. Chief Executive Officer (CEO) Andy Gooden says that this approach to managing the pandemic with the full workforce engaged was not only preferable but critical.

“We took an approach where we wanted to keep 100% of our staff engaged, meaning fully employed and at 100% of their normal salaries. There were many reasons for this. One of those reasons was simply because we have the capacity to do so. The second reason was that we really need to all be here for our landlords, tenants, buyers and sellers. With all the restrictions we’ve been placed under, particularly in Victoria, it’s probably one of the most difficult times to be delivering our services. But we need to be here so that landlords can continue to benefit from the investment that they've made and that we can continue to provide an appropriate place for people to live,” he explained.

“We also experienced a volume of extra work that came through with rent reductions as well as instructions that we received from the government in line with how to handle those. If we weren't fully staffed, we wouldn't have been able to execute as quickly as we did. That was a very urgent period of time. And truly, if we were at 70% of staff, then the people who would have suffered would have been the tenants and therefore the landlords at the end of the day,” he added.

Andy stressed that part of Little Real Estate’s strategy was not only to maintain the workforce but putting measures in place to help individuals in the team cope with the changing world and the implications of restrictions and social distancing.

“We have an Employee Assistance Program, which has been in place for as long as I've been in the business. It's something that we truly do encourage people to utilise. The way that works is we provide up to three free calls with a professional organisation that can help you through any issues that you might have. We’ve also amended our health and wellbeing program to include more activities around mindfulness to help people cope with the change – including meditation sessions and an internal steps competition to encourage fitness and remind our teams to prioritise looking after themselves,” he said.

Communication has also been critical to Little Real Estate’s approach to managing people during the pandemic.

“As a business, we seem to be rapidly moving away from messaging at an email level and utilising technologies at a far higher level through things like Microsoft Teams. We run live Town Hall programs and videos to ensure leaders are sharing our plans and team members have the chance to ask questions. I think it's healthy in the sense that sometimes it's very difficult to read the intent of an email but if you're watching someone deliver a message and you've got the opportunity while that delivery's occurring to ask questions, then you can make the communication more efficient and effective,” he said.

“We try to keep the communication level across the business as high as possible and reach out to the team as often as we can,” he added.

But it’s also important to put measures in place to help maintain the sense of community and social connections when conditions can be very isolating.

“We do little things like we've had some great trivia afternoons. We've had a program called Tea for Three, where you are invited to join up with two other colleagues, so you may or may not know them that well, and have an afternoon cup of tea via Skype or via Teams,” he said.

Andy believes that Little Real Estate has been in a very fortunate position because many measures were already in place to support working from home and technology and infrastructure were already allowing people to perform their roles from anywhere.

“About two years ago we introduced a concept around working from anywhere. It was among a certain number of initiatives such as compressed fortnights and more flexibility in the workforce. We implemented an IT upgrade which enabled us to put that into place. The whole idea was to make it possible for people to work in the most effective environment for them. We challenged the concept of turning up to work at 9am and heading home at 5pm. It was interesting in the sense that some people immediately responded to that opportunity because it cut down travel time. It cuts down a lot of stress associated with travel time as well but we also found that we were, as a business, quite entrenched in the traditional way of doing business,” Andy commented.

“About a year ago that changed for us because we did a full renovation of our Hawthorn office. That meant that while the works were being undertaken, we had to send about 80 people to work from home. A lot of those people were cautious of working from home but over that period, they got quite used to the concept. And because they hadn't tried it, they didn't know whether it was going to work or not. But that experience forced them to have a crack at it. And a number of those people preferred working from home so much that they just refused to come back to the office; so they're permanently based at home now,” he added.

“If there are any positives that have come out of this experience for our business, it’s that we've learnt a lot and we have a more efficient workforce now because of the amount of time that people have now that they didn't have in their lives because of travel,” he said.

Andy is very pleased with how the Little Real Estate team has risen to the challenges over the last several months as the pandemic and its effects have unfolded.

“I think that people have made the best out of a pretty difficult situation and have truly, truly cared for their colleagues in this whole process and I've been delighted to watch and hear the stories of people just catching up and checking in on each other. So I'm pleased for them because they're in a good space and can come out of this even better than before with a greater work-life integration,” he said.

Looking to the future, Andy believes the pandemic will have lasting impacts on the way we work.

“I think what we'll find is that we won't return to working in an office five days a week. What we might find, as a generalisation, is that people might choose to work from the office for a couple of days a week. No one's going to want to sit in peak hour traffic anymore. We didn't put our strategy of enabling people to work from anywhere in place anticipating a virus. We did it because we thought it would be good for our people. We thought it would be particularly good for families without taking away the camaraderie and joy of actually catching up with people face-to-face. We still want that to be very much available and encouraged for people – it’s more about allowing the flexibly and freedom to design a work-life integration that works best for the individual while supporting them to deliver the requirements of their role,” he said.

If you’re looking for a change and want to join an organisation that puts people first, check out our latest opportunities. 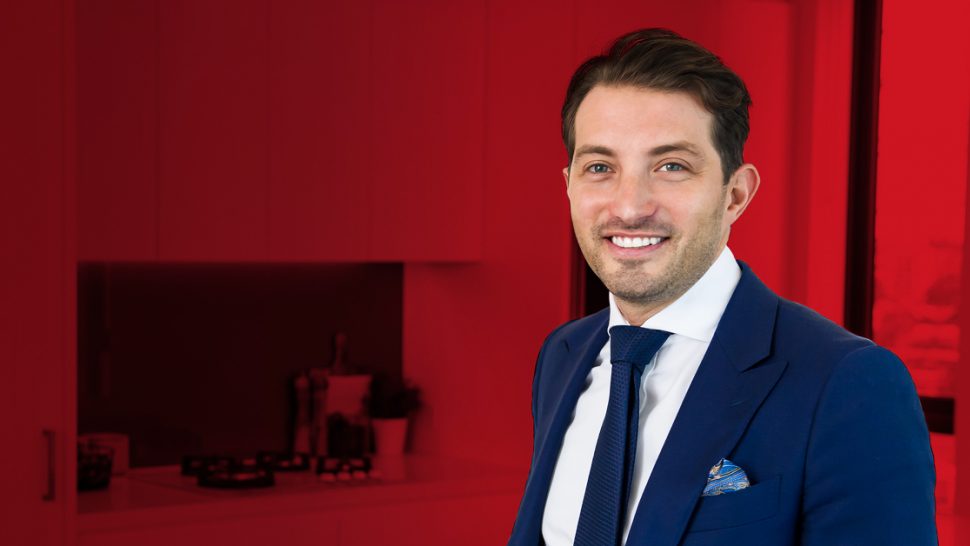 Paying close attention to the market and adapting to the current industry conditions.