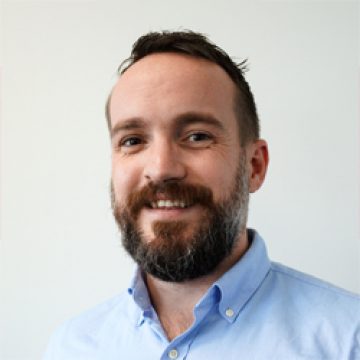 Please wait while we submit your enquiry

Thank you for your message. We'll be in touch soon!

There was an error. Form could not be submitted, please try again.

Regional Manager Jarrad Bornholdt maintains the same zest and enthusiasm today that he showed back in 2013 when he joined Little Real Estate as a property manager.

Jarrad carried five years of real estate experience with him when he crossed the country from his hometown of Perth to start a new life on the East Coast. The former bookstore manager has never looked back and continues to carve out an impressive career at Little Real Estate.

His versatility and willingness to learn and grow has led Jarrad to his calling as an educator. After an early promotion and a stint as an office manager he took on the pivotal role of operational trainer, providing new recruits with critical training and development to support the company’s growth.

Jarrad was also key to the launch of the popular LRE Future Leaders program and remains the point person to design and launch training modules when new software programs come online. He won the prestigious Paul Little Award for NSW in 2017 during a secondment to LRE’s Sydney office. The founder’s eponymous award recognises dedication and commitment to developing the business, its processes and financial performance.

“I love working for a company that affords people the type of career progression I have enjoyed,” says Jarrad. “I get great pleasure from coaching my own team and sharing in their professional successes. I could be accused of bias, but I believe the LRE Future Leaders program is an industry-best initiative. We are starting to see those early participants make their mark in the business and it gives me immense pride to have been part of the team that delivered on the original blueprint.”

Jarrad recently bought his first house and says it has changed the way he looks at property. Aside from ensuring there is suitable running room for his pair of cavoodles, he eyes homes through the prism of what he might do to transform them nowadays.

“I love travelling around Australia, we live in such an amazing country,” says Jarrad. “Beyond that, I enjoy the quiet life, gym work, good food, spending time with family and of course, I seek total domination on behalf of my beloved West Coast Eagles.”

“Footy is a great metaphor for life. The more you prepare, the harder you work, the more successful you become.”

Please wait while we submit your enquiry