How drones are changing our lives

It's the small technologies that are having a big influence

If you’ve been to the park and heard a buzzing sound above your head you may previously had started to panic over the prospect of being swarmed and stung by bees. However, recent advances in technology means it is highly likely that, in fact, the buzzing noise was made by an aerial drone.

A typical drone will be made up of light, flexible materials in order to increase its manoeuvrability while flying and keep its weight low.

While mass adoption by society has yet to take place, drone technology has begun to really take off and appear in all different parts of everyday happenings, whether that is in work or home life.

It is the real estate industry though, that is embracing drone technology in an effort to revolutionise the ways that property is bought, sold and rented.

By using drones, the real estate industry has begun to really streamline the buying, selling and renting process by providing greater detailed visual information at a reasonable cost. As anyone in the industry will say, any opportunity you have to offer a more comprehensive experience to a potential buyer is a win for everybody.

This can be done through drone mapping, which enables real estate companies to gather and use data to deliver insights into property. By using the technique of photogrammetry (using photographs to make measurements), real estate agencies can now create 3D models of the properties that are on the market.

Opportunity is not the only factor that is leading the real estate industry to adopt drones.

Continuing advances in recent technology have meant that prices of even the best quality drones have come down a great deal. Things like battery life, flying speed and better developed control are all factors that have contributed to the use of drones.

The real area though that has benefitted due to this technology is aerial photography. This not only allows for photographs that show greater details of the property but can also showcase the nearby amenities and their proximity.

Rural properties can also benefit from drone technology, which can fly over farmland or properties with large acreage in very little time.

To consumers, drone technology seemingly still has the ability to impress. Whether still photography or video capture, the aerial images that a drone can capture have great potential to impress those that examine it. This can be put down to it still being a newer technology in the industry.

Drone technology is not without its issues though. Privacy concerns from neighbours and the possibility of the drone crashing and harming people or property are two major concerns that come with drone technology. This is why the Civil Aviation Safety Authority has put in place rules to ensure safe flight and practices are maintained. These rules cover both commercial and recreational drone flight.

The biggest modern use of drone technology to date has been through military application. Drones used by the military are equipped with different state of the art technologies and ensure that the number of military personnel put in harm's way or in combat is reduced.

However, commercial use of drones looks set to explode in the near future thanks to large companies like Amazon coming closer to making drone mass-delivery a reality. As a consumer, the idea of ordering a package and receiving it within 30 minutes is an exciting prospect.

Another major way this technology is becoming more popular is through personal drone use. Whether enjoying it as a toy in a recreational capacity or through competitive racing, with drones in the hands of the general public new and creative ways for their usage come about.

Other areas that drone use looks set to become more common in are education, research, construction and agriculture.

The future of drones

Drone technology is constantly evolving and becoming better. As they continue to evolve they will become safer, more reliable which will potentially lead them to become more common in everyday life.

With constant improvements being made to navigation technology and other key aspects of their makeup, autonomous drones could become something that society comes to rely on. From delivering our groceries to walking our pets, it is very difficult to say what direction the technology will go in or could branch off to.

So, what do you think? How important will drones be to the future of real estate and everyday life? 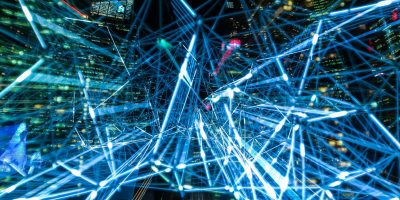 The real estate sector has been seemingly reluctant to fully embrace advancements in technology – until now. 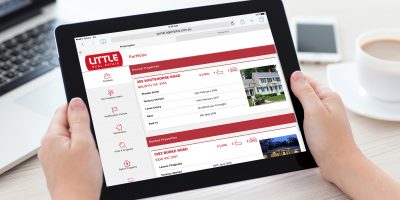 The app to make renting a breeze

The ultimate property management app, to make managing your home quick and easy.